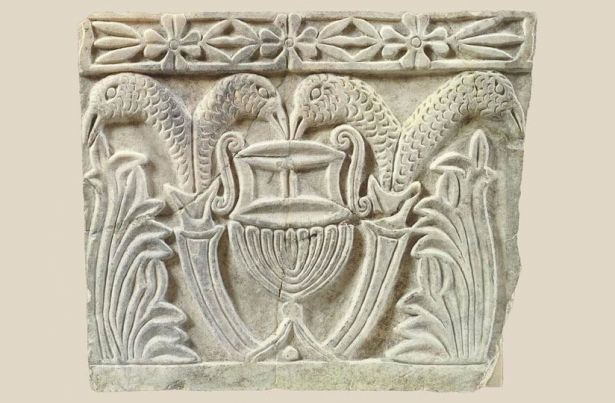 The pilaster capital was found in the excavation of the atrium of Basilica III at Phthiotic Thebes (now Nea Anchialos, Magnesia).  It is decorated with acanthus half-leaves (at the corners), a band of plant ornament (above) and an urn flanked by shoots from which emerge two-headed birds (centre).  The placing of emblems between acanthus half-leaves is reminiscent of a similar decorative type from the Late Roman period.  This element, combined with the Eastern-inspired emblem of the two-headed birds and the plain carving of the relief, make this pilaster capital from Phthiotic Thebes typical of the sculpture produced in the transitional period sometimes called the 'dark ages'.