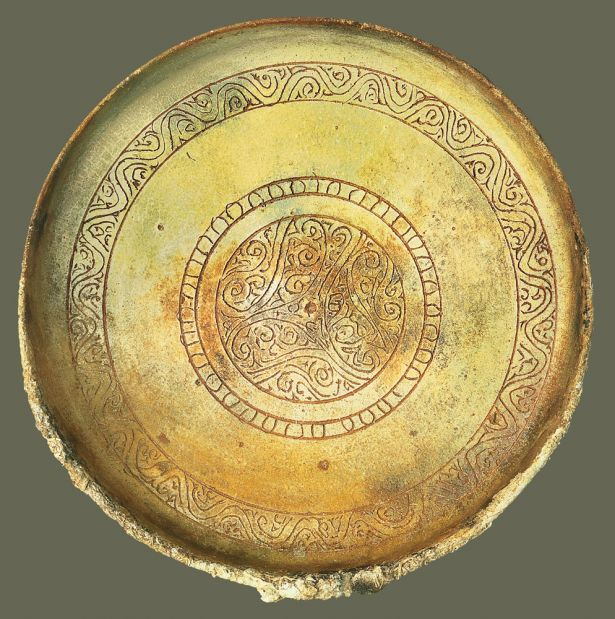 Glazed clay plate with a barely perceptible foot created out of the thickness of the body. It is a shallow dish with raised edges like a lip.  On its upper surface decoration has been incised using a fine point [such as a stylus].  At the centre of the well it has a medallion with spiral motifs and around the edge is a band with a curling tendril.  At the very centre there is still a small hole testifying to the use of compasses in the drawing of the decoration.  On the outer edge of the rim traces of marine micro-organisms indicate the vessel spent a long time in the sea.  The plate is dated to the mid-12th century and probably comes from the same ceramic workshops as the vessels found in the well-known Byzantine shipwreck at Pelagonnisos in the Northern Sporades.  It was a gift from the collector Janet Zakos, who donated 46 intact glazed bowls to the Byzantine Museum.