Wall-painting with The Three Hierarchs (01004) 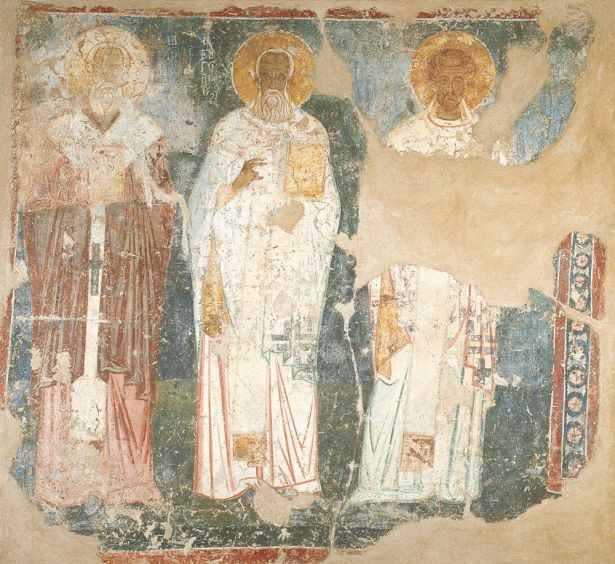 It depicts Sts Ignatios Theophoros, Gregory Nazianzos and John Chrysostom, all three full-length, frontal and dressed in priestly vestments, holding gospels.  The paint surface is abraded in a number of places.  The wall-painting comes from the northern part of the conch of the apse in the church of Saint George in Oropo, Attica, and belonged to the second painted layer of the decorative programme. It is one of three wall-paintings from this church which belong to the BCM's collection.  The depiction of hierarchs in the sanctuary of Byzantine churches was the rule from the 11th century, but from the 13th century they are usually depicted celebrating the divine liturgy.  The wall-painting from Oropo follows the older type, according to which the hierarchs are represented standing looking straight ahead.  The high quality of the painting indicates a notable Athenian workshop, which would have been flourishing just before the middle of the 13th century.