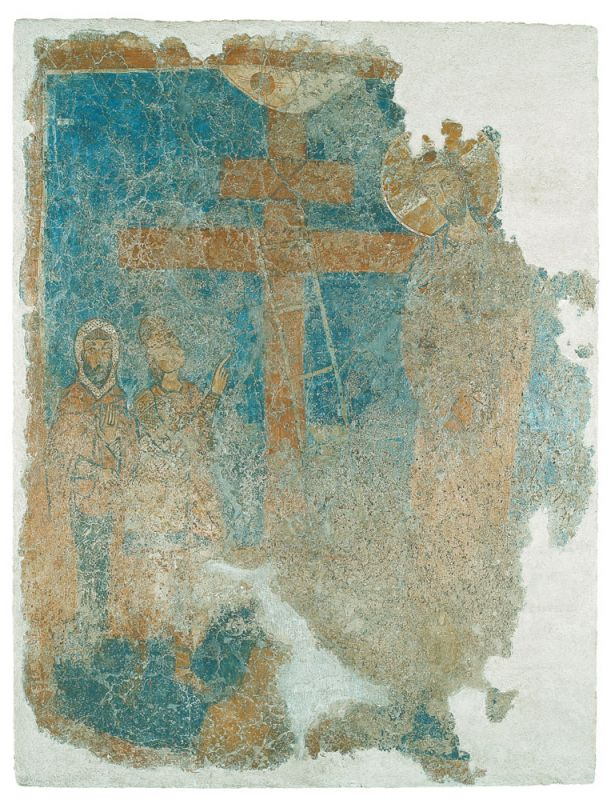 The scene is taking place on Calvary, just before the Crucifixion.  In the centre is depicted the Cross, with Christ on the right, shown waiting patiently, wearing the crown of thorns, and on the left, on a smaller scale, a soldier who gestures to the cross and a Jew in a white head covering.  In the upper part the sun and moon can be seen, normal features of Byzantine depictions of the Crucifixion.  The subject of Christ Elkomenos, that is Christ led to the scene of the Passion, appears in Byzantine art in two basic iconographic types.  In the earlier one, Christ is led to Calvary. The Byzantine Museum's version follows a later type, which is found from the 12th century and shows Christ already at the scene of the crucifixion. The wall-painting decorated the West wall of the church of Saint Nicholas in Molingkates on Kythera.