Wall-painting of the Dormition of the Virgin (01015) 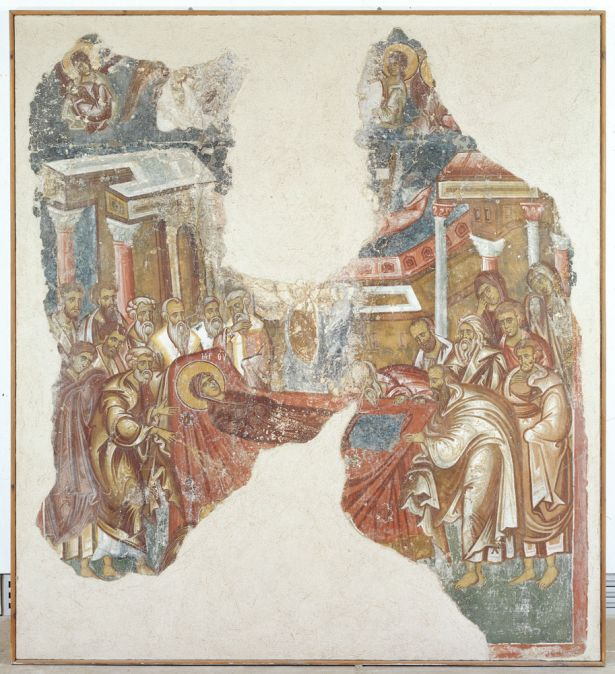 In the centre the Virgin is depicted on her deathbed. Around her the twelve apostles, three hierarchs and two women are mourning.  Behind the bed Christ stands, holding his mother's soul, represented as an infant.  The scene unfolds in the interior of a house.  In the sky part of one of the two angels which fly down to accompany the soul of the Virgin can be made out.  At this point the paint surface is damaged. There are also losses in the lower part, where an angel was depicted cutting off the hand of the Jew Jephoniah, who attempted to defile the deathbed. The scene has characteristics of the art of the Palaiologan period (a large number of people, the emphatic volume of the bodies, imposing architecture in the background), as well as more conservative elements (e.g. the way the figures' hair is rendered).  The painting decorated the north wall of the ruined katholikon of the Palaiopanagia Monastery near Vassara in Lakonia.  It is the work of the painter Constantine Masses and is dated by inscription to 1305.