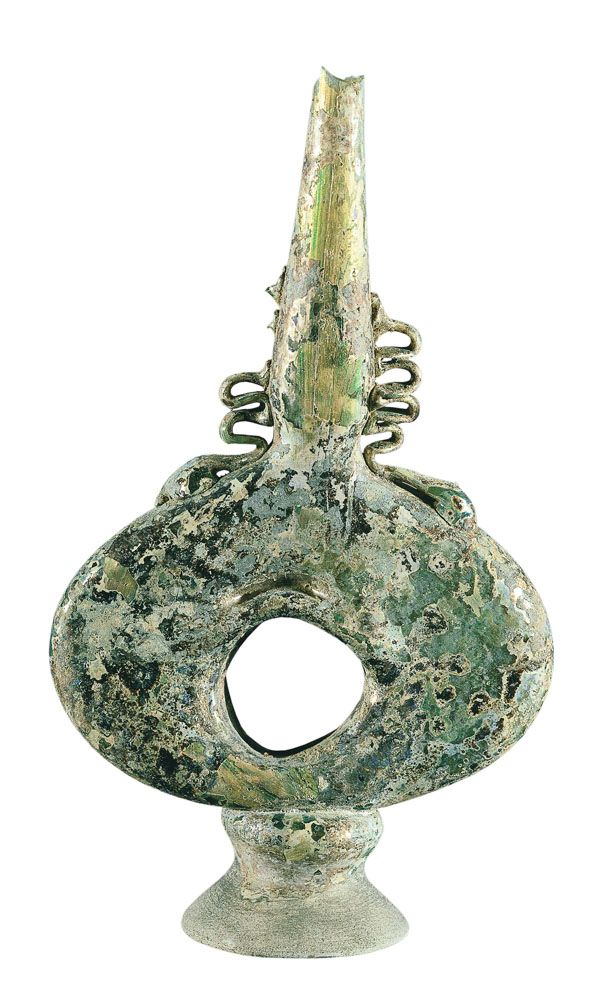 The flask is made of blown, colourless glass.  The iridescence seen on the surface is due to oxidation in the glass as a result of it being buried in the ground for hundreds of years.  The body is in the form of a flattened-out ring.  At the point where the long, tube-like neck is attached to the top of the vessel two symmetrically placed bands of billowing glass have been attached as reinforcement and at the same time as added ornament.  From its shape we can conclude that it was probably a sprinkler, in other words a long-necked vessel used for sprinkling holy water. The flask was found in a dig in the area outside the basilica of St Demetrios in Thessaloniki.  It may have contained holy water or oil, in other words scented and, according to tradition, miracle-working liquids, which were exuded by the tomb of St Demetrios Myrovlitis ("exuder of holy oil") in his eponymous church.  It seems that the clergy used it to sprinkle and bless the faithful during services.
Ring-shaped sprinklers were first used in the Islamic world in the 12th century and were produced in Syria and Egypt, from where they were probably imported to Greek territory.