The Year of Living Dangerously (1982) 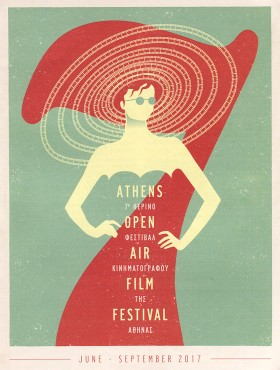 When: Wednesday 28th | 21:30
Free entrance
Directed by: Peter Weir
Starring: Mel Gibson, Sigourney Weaver, Bill Kerr
Duration: 115'
In the mid-60s in Indonesia, who has just won independence, Sukarno, the country’s controversial president, can already foresee his overthrow by a coup assisted by the West. A young journalist, Hamilton (stunning Mel Gibson at the beginning of his career), lands himself in a real political and financial chaos with the ambition of building a strong name in political reporting. His only help and mystic guide is a dwarf photographer called Kwan, who will gradually unveil to him through his camera – and not only – a totally new way of looking at the world.
Once again the great Australian director takes us through a journey of instigation and self-awareness on the significance of «shadows and puppets» and having as a background the fall of colonialism he signs a magnificent study on the Western man’s inability to see under the surface of things. The chameleon Linda Hunt won the Oscar for Best Actress in a Supporting Role by playing a man, Kwan, while the magnificent chemistry achieved between the two most attractive actors (Mel Gibson and Sigourney Weaver are more photogenic than ever) which left marks of moisture, heat and sweat on the screen offers to the 80s an unforgettable scene of romance and desire which starts with an encounter in the rain. It concludes there where all such encounters should conclude.