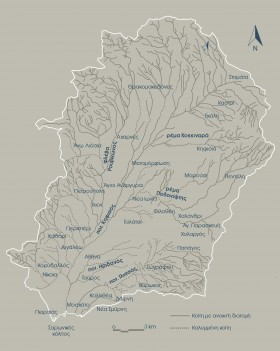 Dearth of water has been a major concern in Attica throughout history. The flow rate of the two main rivers, the Ilissos and Kephissos, is rather low and seasonally varying, while the water amount of their tributaries, the Eridanos, Kykloboros and Podoniftis, is limited enough to make them fall in the category of “torrents”.

Surface water flow has never been considered a major water resource for Athens up to the 20th century. Water supply has always relied heavily on technical works, as well as on springs, wells and cisterns, by means of which water has been either drawn from the water table or stored during periods of heavy rainfall.