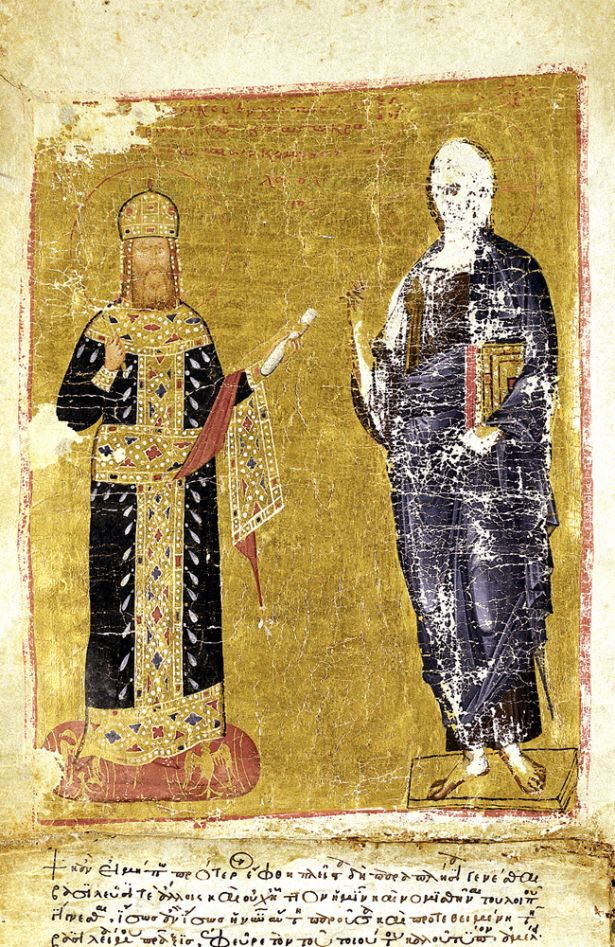 The chrysobull is made up of four sheets of vellum glued together.  It was issued by Andronikos II Palaiologos (1282-1328) in order to confirm and to extend certain privileges granted to Nikolaos Metropolitan of Monemvasia (1283-1325). At the beginning of the document is a miniature with the Emperor handing the chrysobull to Christ.  At the end is the Emperor s autograph signature in red ink.  The chrysobull comes from Monemvasia, but was a gift to the Christian Archaeological Society (XAE) in 1903 from the Bishop of Kythera, Euthymios Kavvathas, as the document had been transferred there already by the 18th century. Chrysobulls were imperial documents granting privileges and bore a gold seal (bulla). Of the Byzantine chrysobulls which have survived, very few are decorated with a miniature of the emperor who issued them.