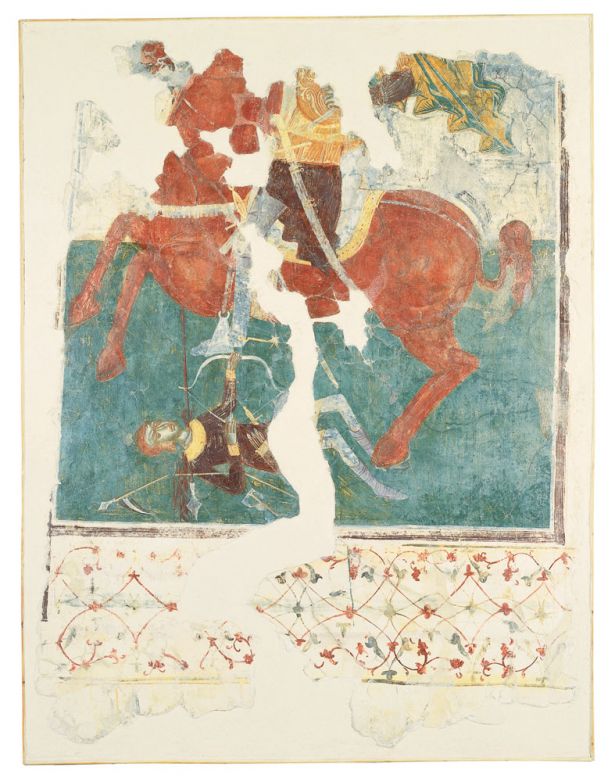 Saint Demetrios is depicted on horseback, in military dress, killing, in accordance with tradition, the Bulgarian tsar, or Ioannitzis Skylogiannis as the Byzantines called him, during the siege of Thessaloniki in October 1204.  Under the scene there is a decorative motif with ?foliate scroll [.... leaf-bearing shoots] . The depiction of Saint Demetrios on horseback is found mainly in Northern Greece and the Balkans from the 15th century onwards. The Byzantine Museum's wall-painting comes from the ruined church of Saint Nicholas in Kokkino in Boiotia and is an example of the spread of this particular type of iconography to the more southerly parts of Greece.  Features such as the lively, bright colours, the naturalism and the decorative motif under the scene have led the decorative programme in the church to be attributed to the workshop of the brothers George and Frangos Kondari, who worked in many parts of Western and Central Greece in the second half of the 16th century.