Byzantine and Christian Museum :: Permanent exhibition .::. IV. From Byzantium to Modern Era .::. IV.4. The printed book and the New Hellenism

IV.4. The printed book and the New Hellenism 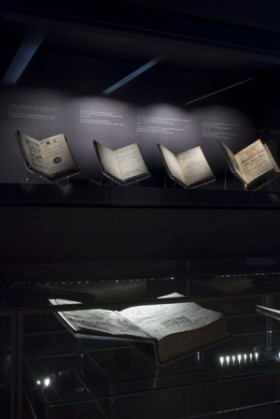 The Greek and foreign printing houses, which were operating as early as the 15th c. in the lively Greek communities in East and West (in Western Europe, Russia, Moldavia and Wallachia and in Istanbul), made a decisive contribution to shaping the Modern Greek identity. From very early on the Greek printing houses produced mainly religious and above all liturgical publications.